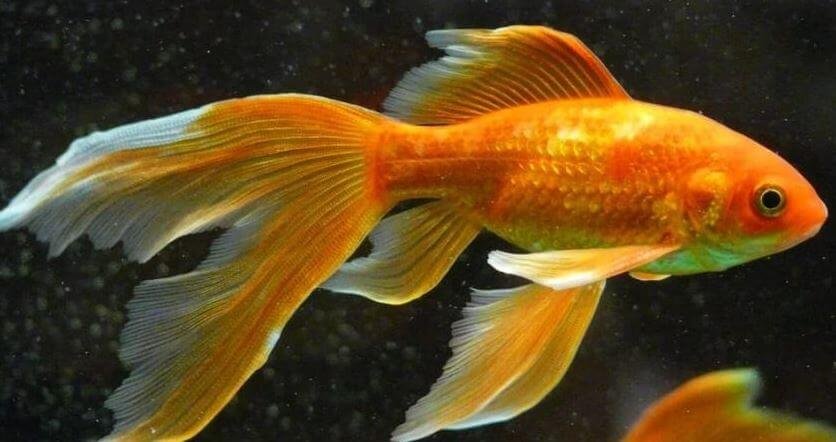 When you keep a pet fish in your house. Your first responsibility is to sincerely take care of them because your pet fish wants your time, love, and attention.

There are many reasons why your Goldfish turned into white color? For example cause of UV light, illness, the stress of loneliness, old age, environment, etc.

The Goldfish has pretty color but when a Goldfish loses their color and becomes white it looks not much pretty and gorgeous. 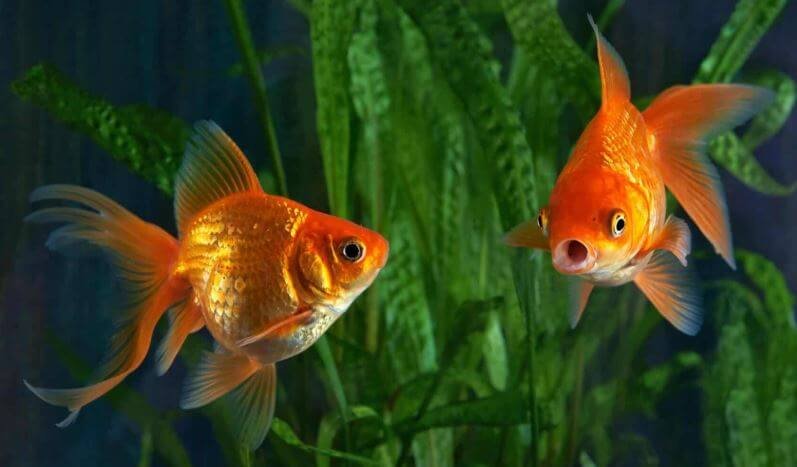 Changing the color of Goldfish does not matter for Goldfish but changing color is not a good indication for Goldfish health.

Everyone likes Goldfish for their attractive and beautiful color but when the Goldfish turned white, the Goldfish did not attract everybody.

Are people like Goldfish by their pretty color in many other fishes? The Goldfish have popularity in other fishes from their color.

But after sometimes the Goldfishes have a problem that Goldfish lose their beautiful color. Here is a question: why did my Goldfish turn white?

Goldfish Turning White Cause Of Light 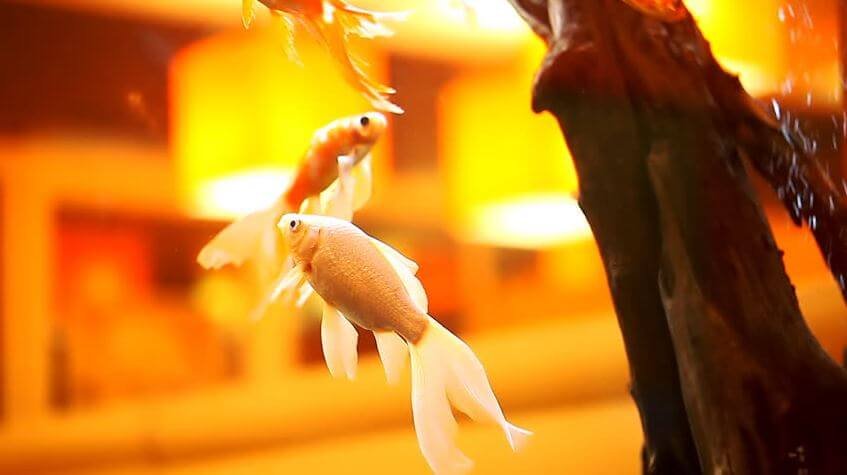 Goldfishes are very sensitive aquarium pets that feel all changes that influence on Goldfish health, color, and moods.

There is the pigment in Goldfish skin. The pigments react in sunlight that is a big reason for Goldfish turning white from their natural color.

Some people keep their fish in aquariums or glass bowls that are close to the window or door where sunlight directly reaches the Goldfish.

The sunlight changes the water temperature of the tank. The sunlight effects on skin pigment and the cause of Goldfish become white.

The UV (ultraviolet) light is a big cause of your Goldfish becoming white. You should keep the aquarium at the corner of the room or house where sunlight does not directly come to Goldfish.

Loose Color Due To Loneliness 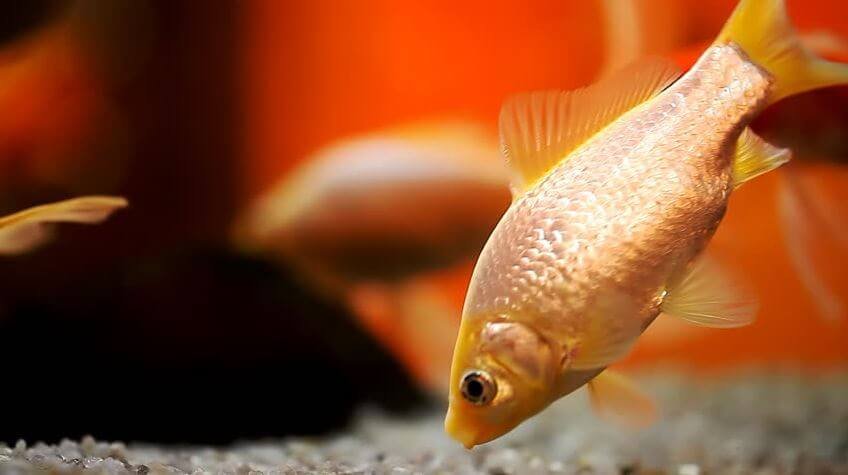 Most people have a pair of Goldfish. If one Goldfish is dead and another becomes alone. Goldfish having the stress of loneliness which is a big cause of changing color.

Because the pair of Goldfish live, eat, and playing together. After losing their friend Goldfish feels depressed and not perform well in all their activities.

In this situation, you feel that Goldfish do not eat well and play in aquariums or bowls. These are the signs that fish feels alone.

In that case, you should take another Goldfish friend for your sad Goldfish. After the new Goldfish you look changes, your Goldfish feel happy and perform great.

Goldfish Turns White Cause Of Sickness 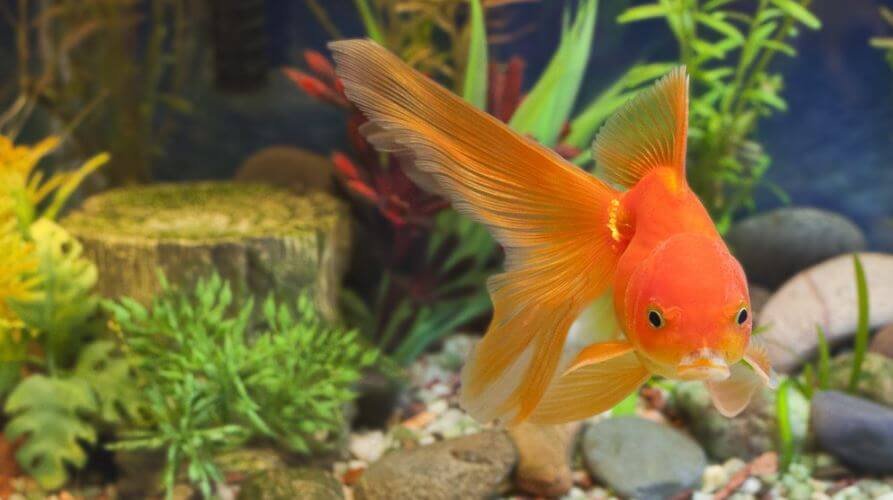 Sickness is a big cause of Goldfish changing their pretty color. When a Goldfish becomes sick.

Goldfish could not breathe well, turning white or white spots appeared on his skin, gills color change, eye swelling sometimes one eye or both eyes, leaving their food without eating.

When you have all these symptoms in Goldfish you should use antibiotic medicated grub or antibiotics mix in their water after consulting experts.

Look after your Goldfish and daily change the water of the tank. If you have many fishes in the aquarium you should keep the sick Goldfish in a separate bowl.

After treatment you realize your Goldfish become in their real color and outstanding performance in all activities. 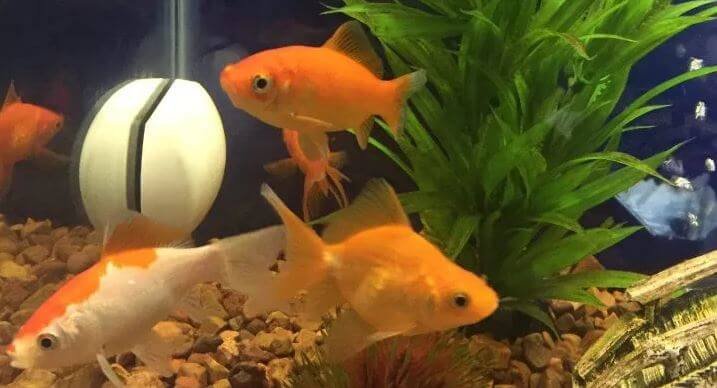 Suppose your goldfish is totally healthy, not sick, they also have too many friends in the tank and no light issues. In spite of this, why do Goldfish turn white?

When your Goldfish want changes in their surrounding environment. Your Goldfish become change their color.

In that case, you should pick new aquarium things for your Goldfish. You know that every living thing wants changes in their routine life.

After a long time, any human being is bored to do the same activities or habits and their environment, food. Therefore, humans make changes in their life.

Everyone knows that Goldfishes live in rivers. The rivers are too big in size and all fishes lived there happy. They freely swim in the river and they see many other things in the river.

But when anyone buys a Goldfish. They keep their Goldfish in fishbowl or aquarium that has limited space for your Goldfish.

You can decorate the aquarium with artificial soft mini plastic toy fish like Nemo or SpongeBob and different types of rocks, colorful sand, hardwood, plants, food, and shells. 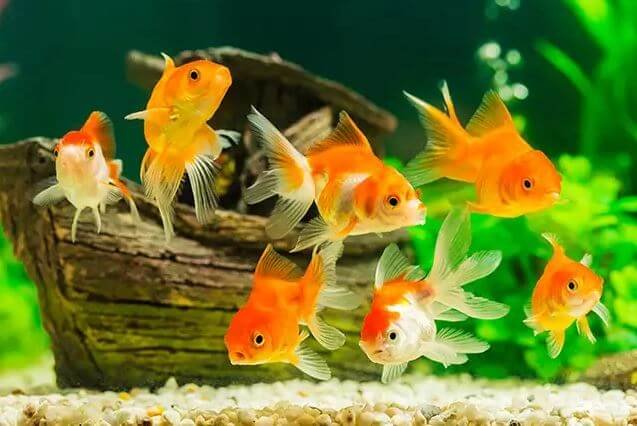 My Goldfish is not alone, sick, and sad. So Why is My Goldfish turning white? You really worried about your Goldfish changing color.

When any living thing comes to an older age. They slowly feel changes in their health, color, energy and etc. As human bodies become older they slowly lose their fitness, hair, tight skin, energy.

Goldfish are also living creatures that grow with time and also have different changes in their life, activity, eating, and health.

When your Goldfish come to an older age. Goldfish lose their scales and beautiful colors become white and do not better swim in tanks and eat.

After becoming older Goldfish could not live more. It may die soon or not but it properly changes their colors and health.

In that case, you must keep this fish in a separate fishbowl from other fishes because if it dies in an aquarium, and spreads germs that may have effects on other healthy fishes.

Play With Your Goldfish 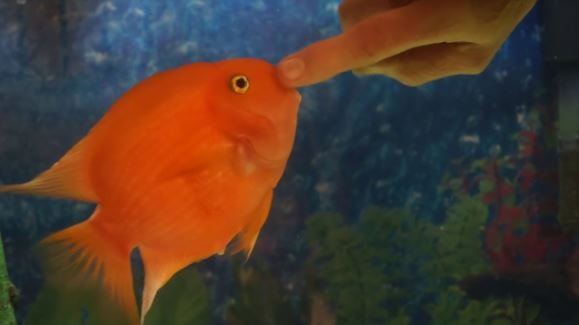 And one best tip for those people who have a pet fish. You can play and talk with Goldfish. You should take fish food on the top of your finger and feed your Goldfish.

Goldfish give you a fast response at the time when you give attention to your goldfish. This activity will be good for you and your Goldfish.

Goldfish can hear every sound. Goldfish recognize their owner. You can talk with your Goldfish.

Your Goldfish will be excited by this activity and you also feel better if you have stress and this activity will boost your mood and reduce your suspicion and aggression. 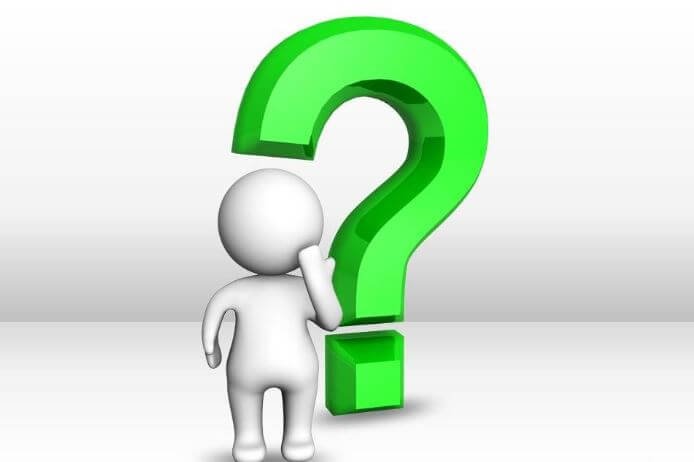 1) Why Do Goldfish Turn White?

2) How Do Light Effects On Goldfish Color?

The Goldfish has pigment in their skin that reacts in light. Everybody knows that UV light (ultraviolet) can change the color complexion.

The UV light also changes the human body color. When you buy an aquarium or tank or bowl to keep your goldfish. You set it near the door or window where the sunlight directly reaches Goldfish every day.

After some time the light effects on their color slowly if you do not change their place it totally changes their color and Goldfish turn white.

3) Where Should We Keep Our Goldfish In Home?

Many people are keeping their Gold Fishes in aquariums. They set the aquarium in the drawing-room, lounge which enhances the look of your room.

4) What Is the Difference Between Fish Aquarium And FishBowl?

There you can keep too many things that your Goldfish feel like a river whereas, the bowl has not too much space for swimming and not great protection at home.

Like suddenly fishbowl throw down and Goldfish die in some time and the children can catch the Goldfish easily in a fishbowl.

5) What Are The Symptoms Of Goldfish Sickness?

Eyes begin to swell (sometimes one side and both sides of eyes), difficulty in breathing, gills color change, do not eat anything, and also you look changes in Goldfish habits and activities.

When your Goldfish is sick it loses its lovely color and turns into white color. When you realize your Goldfish has all these symptoms you should discover with a vet and rapidly start treatment.

6) Is The Goldfish Losing Their Color When It Becomes Older?

Everybody knows that when any living thing becomes older they find many changes in their body like when a person is becoming older they slowly lose their hair, teeth, energy, health same like a human body the Goldfish losing their scales, colors, and energy.

Your Aquarium Guide is struggling for those people who are very honest and love their pets. We only wrote this article for you after long research. We hope our all information will help and satisfy you properly.

Best Pond Cleaning Fishes You Should Know Of

Why Is My Betta Fish Not Eating? [Reasons]

Why Is My Goldfish Turning Black? [Reasons & Solutions]

What Are You Looking For?